The Union Catholic Alumni Memorial video board, donated by the Class of 1979, is prominently located in the main lobby of school.  The display scrolls continuously throughout the day, exhibiting names of faculty, staff, students and alumni who have passed away.  This helps ensure that they remain forever in our hearts.

This newest edition includes all names received through October 10, 2022.  Click on the video below to watch; faculty/staff names are displayed first, followed by each class year beginning with 1966.

To share news of the passing of a UC alumna/alumnus, please email [email protected].

To make a donation In Memory Of a former teacher, classmate, or friend, click the DONATE button below.  There are many ways to direct your donation, including scholarships for students, athletic programs, theater renovation and more.
To purchase a Brick Paver to honor or memorialize a loved one, click the PAVER button below. 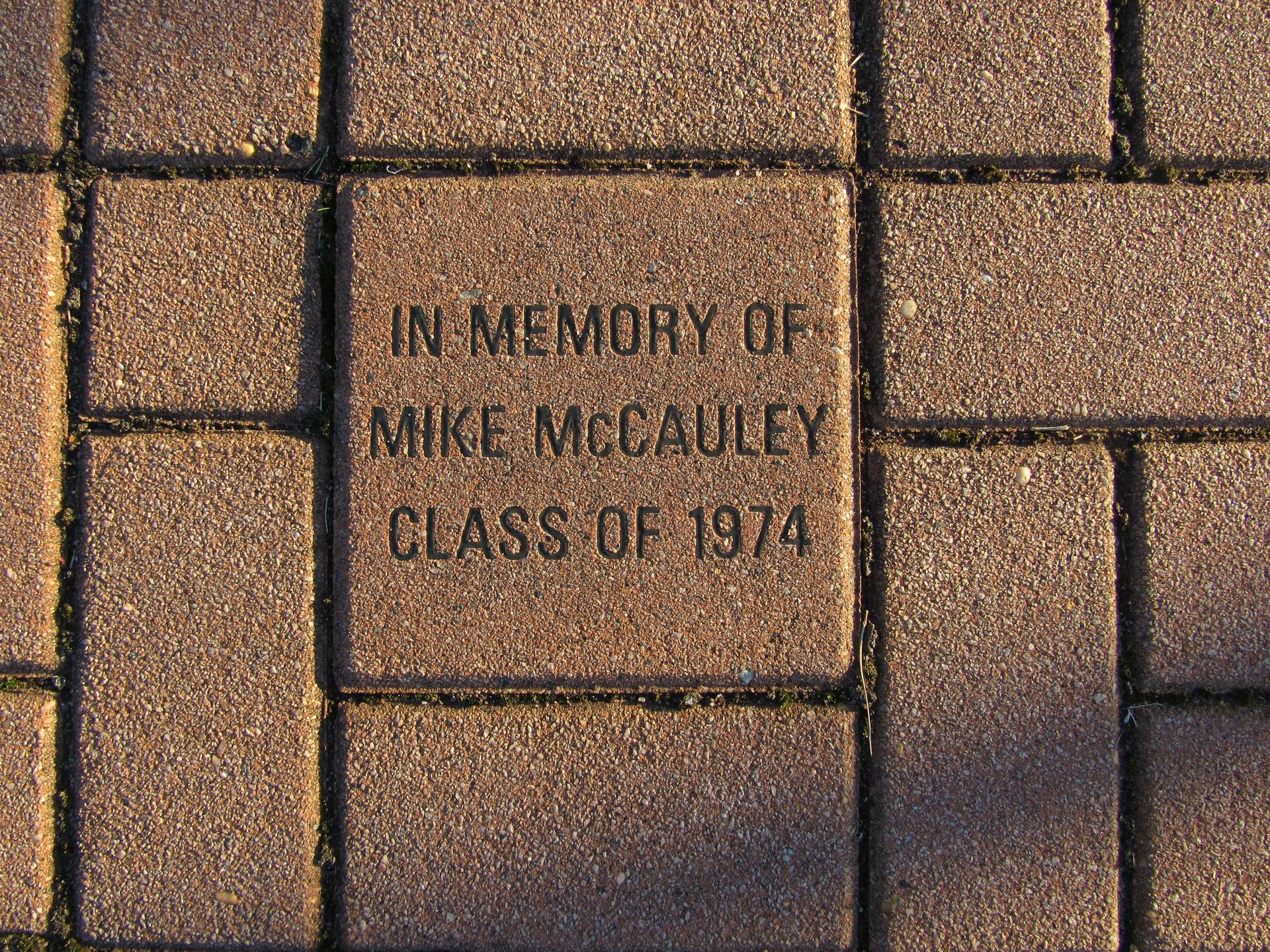 Bette "S" Schnitzer    May 11, 2022
It is with a sad heart that we share news of the passing of Mrs. Bette Schnitzer. In more than 50 years of Union Catholic history, there are but a handful of people who can be considered UC legends. Mrs. Bette Schnitzer is unquestionably one of those. Her legendary persona developed much as her name and her hairstyles evolved over time. She arrived at Union Catholic as Mrs. Elizabeth Schnitzer, but became better known as Mrs. Bette Schnitzer. A decade or so later, she was lovingly referred to by the students as “Mrs. S.” By the time she retired in June of 1998, she had achieved rock-star status and was identified by just a single letter – “S”.
The name progression was representative of her ability to move with the times and to adapt to changes. “S” was the first lay teacher hired by Union Catholic Girls High School. She accepted a position as Physical Education teacher in a school building that did not yet have a gymnasium. The first physical education classes were held in Room 110, where the girls learned dances like the polka and the tarantella. The outdoor exercise regime consisted of running up and down the piles of construction dirt. “S” managed to borrow equipment from local schools so that the girls could learn gymnastics. To quote an article in the June 1966 edition of the girls’ school newspaper, The Spirit, “obstacles were the elements upon which she thrived.”
As the school grew, so too did the athletic offerings and the athletic successes. While her myriad of professional accomplishments are laudable, “S” is best remembered for her engaging personality and her love of the students. She was always their biggest cheerleader. In the course of her illustrious 35 year career, she attended incalculable UC games, both home and away. You knew when “S” was in the stands, as she energetically sounded words of encouragement. She found you afterwards to pat you on the back for a win, or to lift your spirits following a loss. In a personal chat with “S” she shared that “If you got through to one kid it was worth it; you had made a difference. “ That one simple statement summarizes her teaching philosophy.
Funeral arrangements will be private, but a Celebration of Life will be held early fall at Union Catholic; details to follow. The formal obituary is included in this post.
Those of us blessed to share our UC years with “S” will instantly flash to a happy image or special memory of Bette. Below is a link to a google form where you can share your favorite memory or photo of “Mrs. S.” These memories and images will be part of the Celebration of Life. https://forms.gle/vKa1wrL17N9WDUa97
In addition, Bette’s family has established a UC scholarship in her memory. You may contribute through the link https://www.unioncatholic.org/apps/pages/supportuc or by sending a check payable to Union Catholic High School (subject line > IMO B. Schnitzer) to: Sister Percylee Hart -1600 Martine Ave - Scotch Plains, NJ 07076.
The love and encouragement shared by “S” made a true difference for so many UC students. That is the hallmark of a genuine legend, one whose impact resonates forever in the hearts of those who knew and loved her.
https://forms.gle/vKa1wrL17N9WDUa97
https://www.unioncatholic.org/apps/pages/supportuc 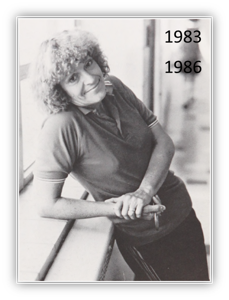 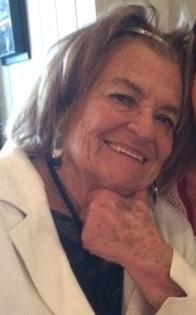 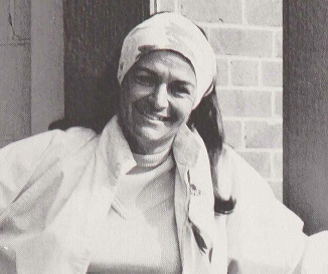 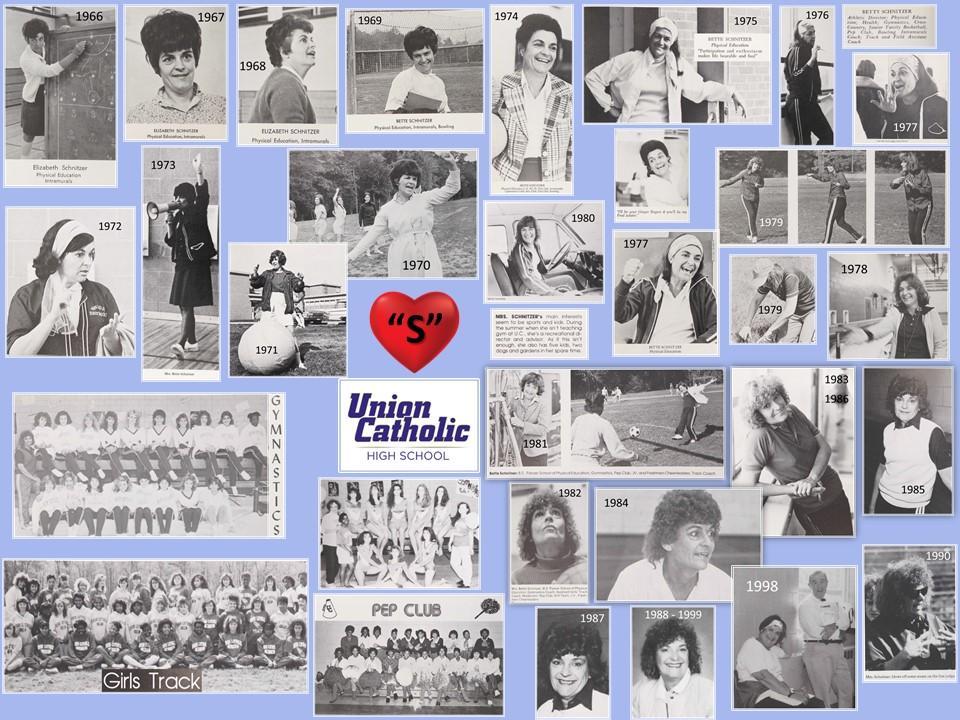 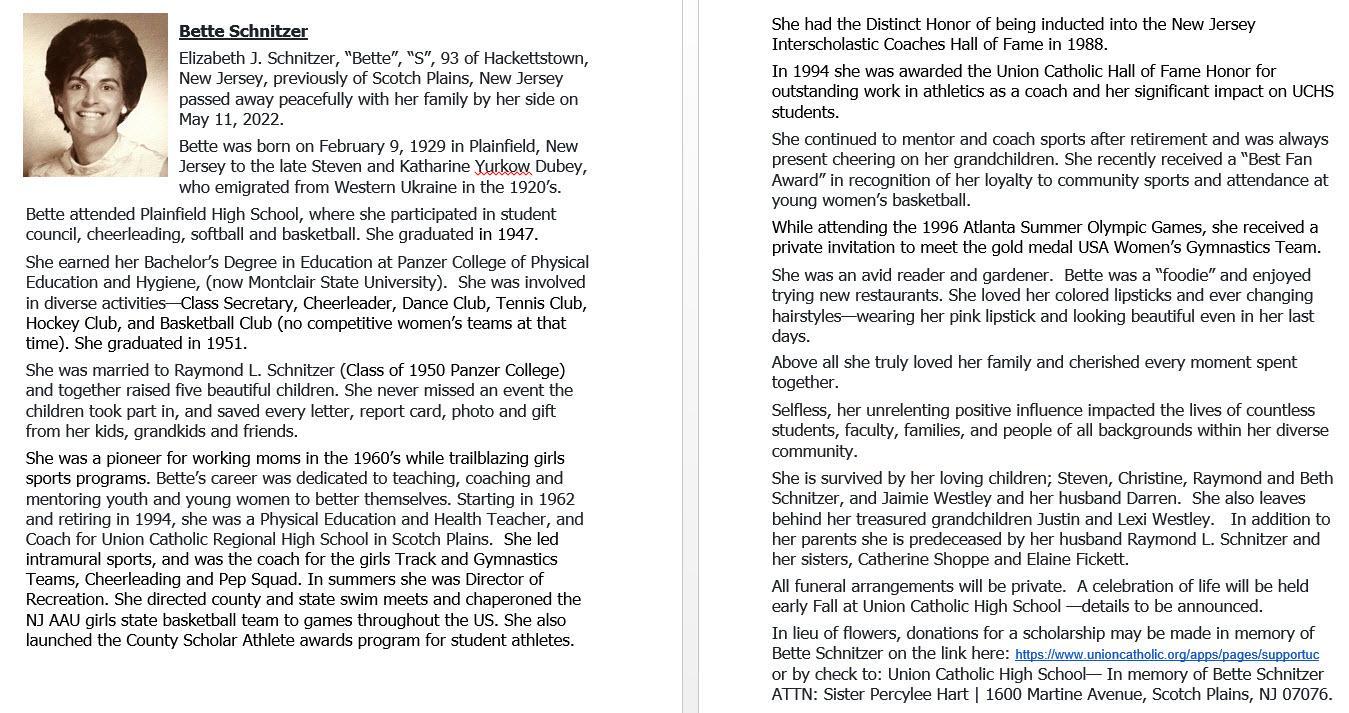 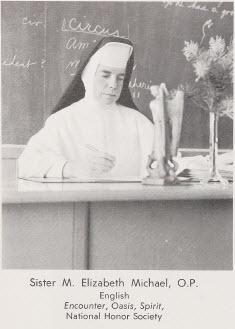 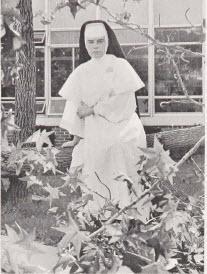 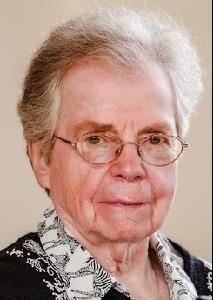 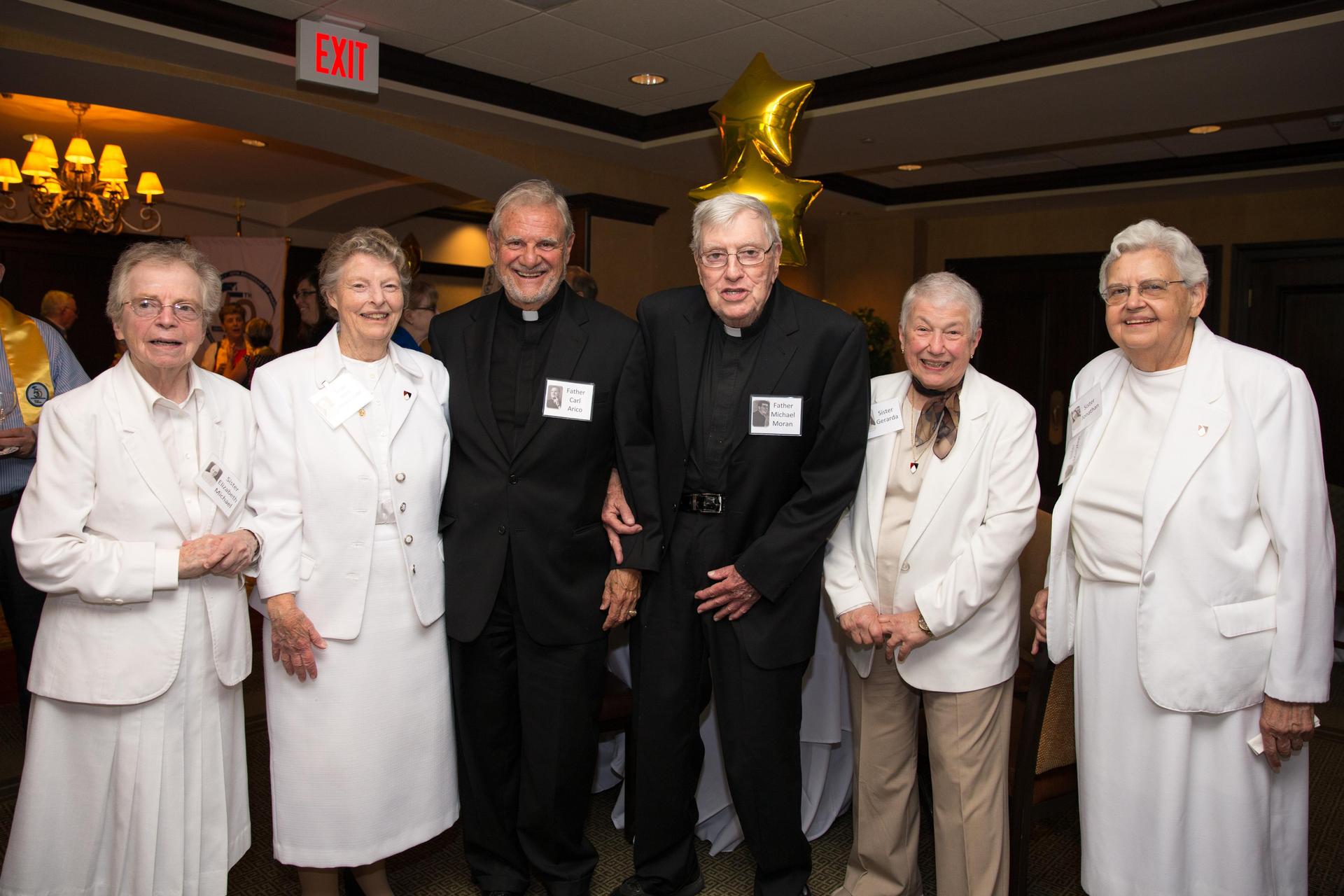 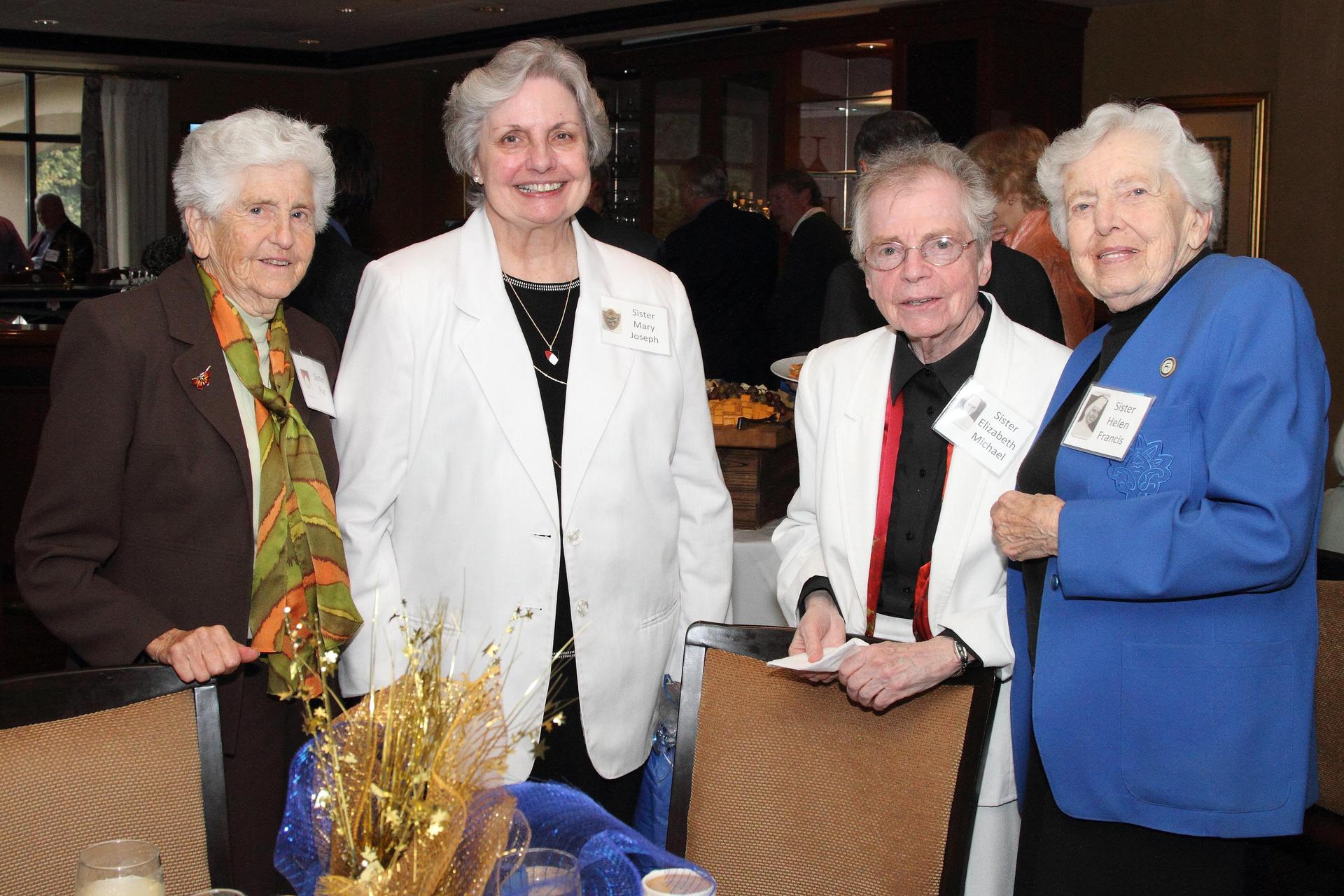 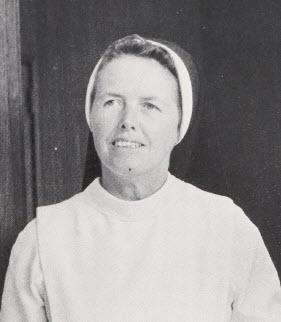 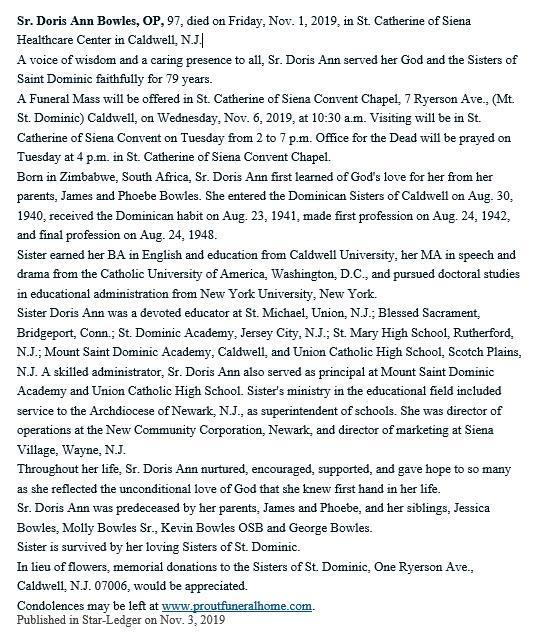 The following names will be added to the next edition of the ALUMNI MEMORIAL BOARD VIDEO:
* Kevin Duddy '74
*Jennifer Durkin Gonzalez '89
*Kathleen Holmes Tatsch ‘77