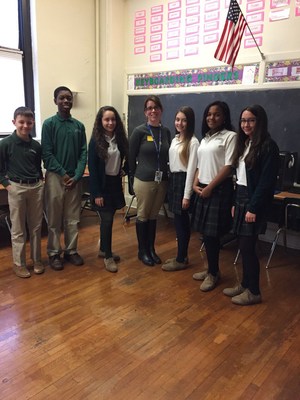 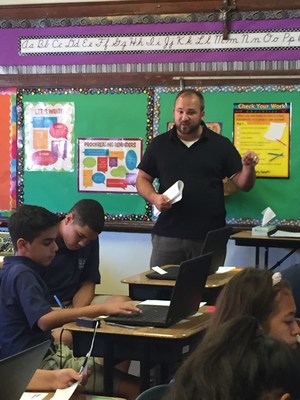 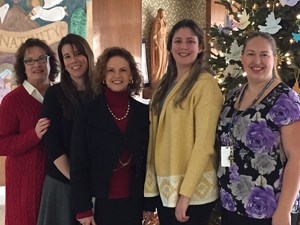 Scotch Plains, N.J. - Our Lady of Guadalupe in Elizabeth, the St. Genevieve School in Elizabeth, and St. John the Apostle in Clark started the program this week
By Jim Lambert
Union Catholic’s Grade 6-16 Virtual Catholic School program began at three new schools this past week, generating lots of excitement at Union Catholic and at the schools involved.

Students at St. Genevieve in Elizabeth, Our Lady of Guadalupe in Elizabeth, and St. John the Apostle in Clark are enrolled in the Research & Writing class, which began this past Wednesday.


There are now a total of six schools that are involved the Spring Semester in the 6-16 Virtual Catholic School program, which was launched three years ago. The other three schools are The Assumption School in Perth Amboy, the Academy of St. Joseph of the Palisades in West New York, and the St. Augustine School in Union City.


Students in the program will spend three to four hours a week in the virtual learning class over a 15-week period.


Noreen Andrews, Union Catholic’s Virtual Learning Coordinator, is thrilled about the addition of St. Genevieve, Our Lady of Guadalupe, and St. John the Apostle.


“We’re very excited because these schools are closer to home,’’ said Andrews. “We are very happy to be able to share this opportunity with schools that are literally in our neighborhood in Union County. And the students are very excited to be working on-line. They’ve never done that before. This is a new horizon for them.’’


“It’s really exciting because I’ve been with this program since it was just a thought,’’ said Webber. “Noreen came to me (a few years ago) and asked me what I thought about developing an on-line course. My thought was that Research and Writing is something that would very helpful to students on the middle school level so they’d be prepared when they get to high school. The younger you target them, the better habits they will have. So Noreen told me to put together a syllabus. I based the course on the writing course we have at Union Catholic, and tailored it to middle school students.’’


Webber is very excited to see the growth of the Grade 6-16 Virtual Catholic School program.


“We started with one school (The Academy of St. Joseph of the Palisades), so it’s great to see more and more schools involved in such a great program.’’
Published January 13, 2017 Print