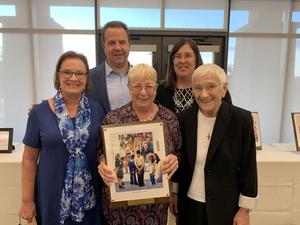 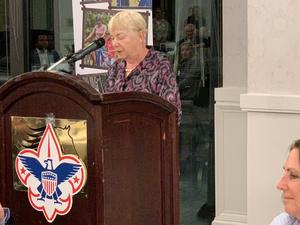 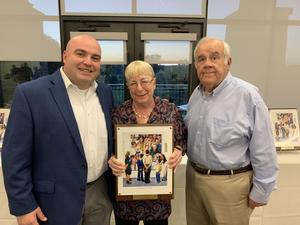 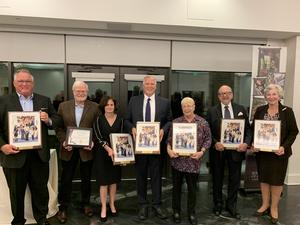 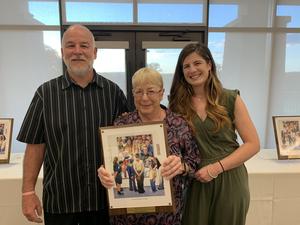 Scotch Plains, N.J. - The event was held at the Galloping Hill Golf Club in Kenilworth.
Union Catholic Hall of Famer Kathy Matthews, one of the most successful girls basketball coaches in N.J. history, recently received a very prestigious award when she was honored as a recipient of a Union County Lifetime Achievement Award by the Boys Scouts of America during an awards dinner at the Galloping Hill Golf Club in Kenilworth.
The Lifetime Achievement Award is presented to those who exemplify in their daily life the ideals that the Boy Scouts of America have expressed in the Scout Oath and Law for more than 100 years. The recipients were chosen for their outstanding community service as evidenced by the interest and leadership they have given to many worthwhile organizations as well as the respect and esteem in which they are held by their colleagues.
A large contingent of members of the Union Catholic community and former players were on hand to celebrate with Matthews.
The ceremony included a blessing from Union Catholic Athletic Director Dave Luciano, and a speech by Union Catholic Assistant Principal Dr. Jim Reagan Jr., who introduced Matthews.
A towering presence in high school girls basketball in New Jersey since she began her coaching career at Union Catholic in 1977, Matthews built Union Catholic into a perennial powerhouse during her Hall of Fame career.
During an illustrious career that spanned six decades, Coach Matthews led the Vikings to 13 Conference titles, eight Union County titles, five sectional titles, three state championships, and her 1989 team advanced to the first ever Tournament of Champions final, and finished as the No. 2 ranked team in New Jersey.
In her final season last winter, Matthews reached a huge milestone when she won her 750th game, which makes her the third winningest girls basketball coach in N.J. history.