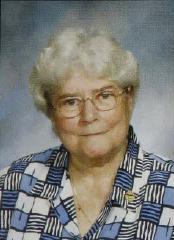 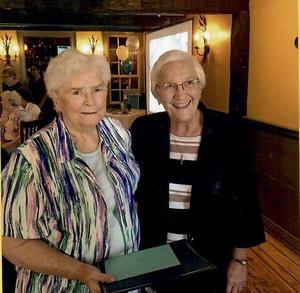 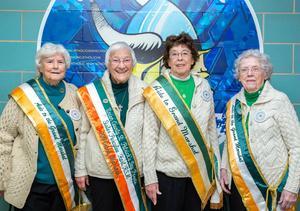 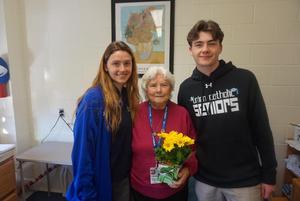 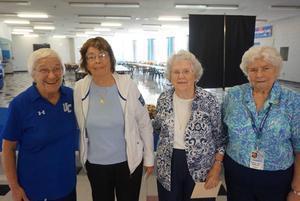 Scotch Plains, N.J. - Sister Ann, a beloved member of the Union Catholic faculty for 29 years, passed away on Monday, Aug. 8.
A viewing and a funeral mass will be held for Sister Ann Sullivan, SSJ, a beloved member of the Union Catholic Community, on Friday, Aug. 12 at St. Joseph Villa in Flourtown, Pa.
The viewing will be held at 9:30 a.m. with the funeral mass to follow at 10:30 a.m. Masks are required.
Sister Ann, who passed away on Monday, Aug. 8, served the UC Community as a faculty member for the past 29 years, and was the longest tenured Sister of St. Joseph in the history of Union Catholic.
She impacted the lives of  thousands of students and influenced and inspired her colleagues so much that Sister Ann was inducted into the Union Catholic Hall of Fame as an Educator in 2019.
During her tenure at Union Catholic, Sister Ann served as a school counselor, and was a longtime moderator of the Student Council. Most recently, she was serving as the Student Support Services Assistant.
Sister Ann’s passion for education led her to a remarkable 65 year career in the field.
Sister Ann’s journey began when after graduating high school from Holy Family Academy in Bayonne, she decided to enter the Sisters of Saint Joseph at Chestnut Hill in the fall of 1953, and made final profession as Sister Coronotta Maria.
Sister Ann began her teaching career at St. Francis School in Springfield, Pa., where she taught a third grade class with 103 students. Her journey as an educator has taken her to many places, shaping thousands of lives along the way. After St. Francis, she then taught at St. Joseph’s in Hanover, Pa, St. Joseph’s in Roselle, Corpus Christi in Chambersburg, Pa., St. Jerome’s in Philadelphia, and then Holy Family in Bayonne.
Sister Ann then returned to St. Joseph’s in Roselle where she was the principal for six years, and then she was the principal Our Lady of Good Counsel in Newark. Her last stop was at Union Catholic, the longest stay of her educational journey.
Sister Ann was first hired at UC in 1993 to be a school counselor, but as the years carried on, Sister Ann’s presence was felt far beyond the guidance office. She was the student council moderator, and her influence and guidance made being part of Student Council in any capacity a great honor, and one that required responsibility and respect.
A tireless worker, Sister Ann continued her influence spending countless hours in preparation of the Christmas Semi-Formal, organizing the Freshman Field Day, and initiating the homeroom student council. But perhaps her greatest achievement was making one of the most successful UC events a reality when Sister Ann came up with an idea nearly 20 years ago to create a pageant for the Union Catholic boys. Her idea was met with skepticism, but Sister Ann was relentless, and so the Mr. UC Pageant was born.
Several days a month, Sister Ann would oversee and proctor for students taking the ACT and SAT, where she always found ways to create a special bond and be that supportive guide for anyone sitting for those exams.
Sister Ann truly made the world a much better place.
God bless you, Sister Ann.
Published August 9, 2022 Print