An inside look at Patrick O’Hanlon, who will be inducted into the Union Catholic Hall of Fame 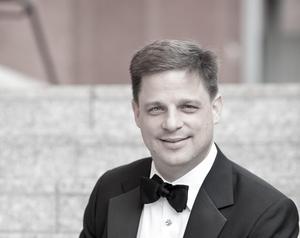 Scotch Plains, N.J. - O'Hanlon graduated from Union Catholic in 1985
As part of Union Catholic's preparation for its Class of 2021 Hall of Fame Induction Ceremony, we are rolling out profiles on each of the members who will be enshrined on Sept. 17 at the Shackamaxon Country Club in Scotch Plains.
In the spotlight today is Patrick O'Hanlon.
Patrick O’Hanlon grew up the child of a career Foreign Service Officer father and an educator mother. Pat’s parents taught him and his siblings (two of whom also graduated from Union Catholic) to value religion, diversity, and close relationships.
Pat traveled the world as a young child and returned to America as a teenager, as the family settled in Westfield, NJ.  Pat excelled while at UC as he led the wrestling and track teams as co-captain, achieved Scholar-Athlete, served as the Editor-in-Chief of “The Prophet,” and ranked first in his class.
Upon graduation, Pat accepted an appointment to the United States Military Academy at West Point where he majored in International Relations and Engineering.  He was appointed as a Cadet Battalion Commander, one of the highest-ranking leadership positions at the Academy.
Pat went on to receive a commission as an officer in the US Army and complete Ranger School, the Army’s most rigorous leadership-training program. He led a tank platoon in Desert Storm, then several cavalry units after the Gulf War culminating as commander of a Cavalry Troop. Pat received the Draper Armor Leadership Award, the highest award given to an Armored Cavalry officer and then transitioned to the private sector as a Major in the US Army Reserves.
Pat earned his MBA at Harvard Business School and joined Goldman Sachs where he advised some of the world’s largest companies and received the John C. Whitehead Award for excellence.  Pat then returned to the public sector as a White House Fellow on the President’s staff in the Office of Management and Budget.
The White House Fellowship is the country’s most prestigious development program allowing emerging leaders to gain first-hand experience working at the highest levels of the federal government.  Later Pat worked with a small group who formed the Emergency Operation Center in New Orleans that assisted local, state, and federal officials in rebuilding the city immediately following Hurricane Katrina’s landfall.
Following his time in government, Pat joined Credit Suisse and then Morgan Stanley.
Pat has been committed to giving back to his community over his lifetime, especially in the areas of education, healthcare, and military/veteran causes.  He volunteers with American Corporate Partners, which helps veterans transition from the military to the civilian sector, and he serves as a mentor with Student Sponsor Partners which supports at risk youths.  Pat is also a volunteer and educator at Streetwise, which teaches job skills to adults, and he currently serves on the Advisory Board for the Devereux Foundation and is a Founding Board Member for the TD Foundation, which supports military service members, veterans and their families.
Published September 14, 2021 Print