An inside look at Neil Horne, III, who will be inducted into the Union Catholic Hall of Fame 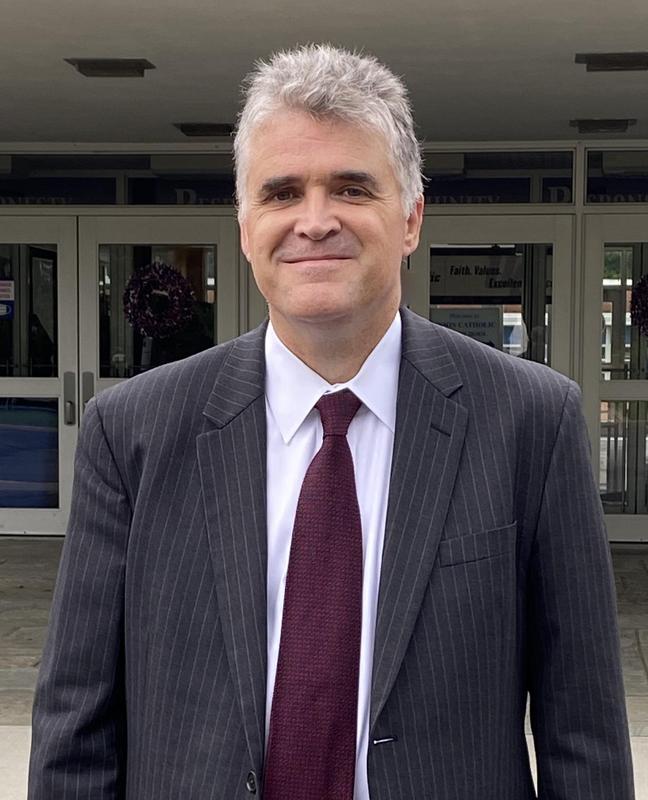 Scotch Plains, N.J. - Horne is one of the best basketball players in Union Catholic history
As part of Union Catholic's preparation for its Class of 2021 Hall of Fame Induction Ceremony, we are rolling out profiles on each of the members who will be enshrined on Sept. 17 at the Shackamaxon Country Club in Scotch Plains.
In the spotlight today is Neil Horne, III.
Neil Horne, III was a gifted and talented basketball player as a strategist, a playmaker, and a scorer.
As a junior point guard, Neil led the team to a final season record of 22-5 and led UC to their first North Jersey Parochial A Championship by defeating the defending champion Seton Hall Prep. Neil then led UC to the State Championship title against heavily favored Christian Brothers Academy.  That year he was named 1st Team All Defensive Metro Team and the 2nd Team All Watchung Conference and 3rd Team All State Parochial.
Neil’s senior year, he surpassed the 1,000 point total for his high school career and was selected 1st team All Watchung Conference, 1st team All Union County, 1st team All Metro, and 1st Team all State.  Neil also received the New Jersey Scholar Athlete award that year.
After graduating from Union Catholic, Neil went on to Cornell University where he lettered in basketball and received the Cornell Athlete Scholarship Award.  He then transferred to Williams College where he was a starter on their basketball team and graduated Magna Cum Laude before attending Harvard Law school and receiving his Juris Doctorate.
After Harvard, Neil moved back to New Jersey to begin his successful law career and was actively involved with the Westfield PAL and their youth basketball program, which teaches and instructs young athletes.
Published September 13, 2021 Print