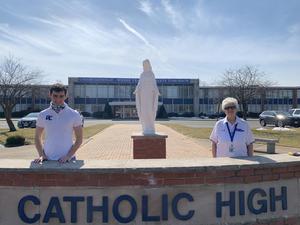 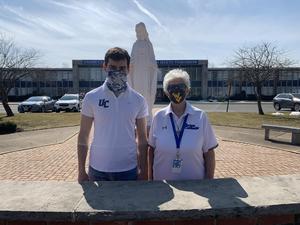 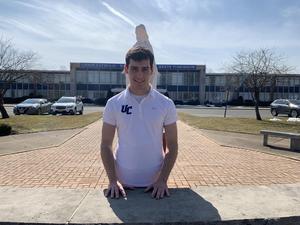 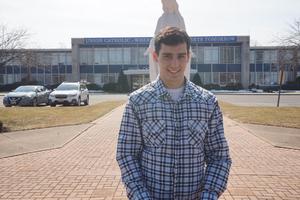 Scotch Plains, N.J. - The UC graduate served as the Student Council President during the 2019-20 school year

Jacob Cunha epitomizes what being a student at Union Catholic is all about.

Students at the school are constantly reminded to find their passion, pursue their goals, and never give up on their dreams.

So when Cunha, who served as UC’s Student Council President as a senior last year, was deferred after applying to West Point, he refused to give up.

Instead, Cunha showed remarkable resiliency and an unwavering commitment to achieving his dream by working out over the summer and hitting the books hard at Seton Hall University to improve his candidacy as he reapplied to West Point.

“The big thing was the physical part, I was kind of lagging in some areas, so I really worked this summer on improving my pull ups, sit-ups, and pushups, and my mile run,’’ said Cunha. “They really wanted to see those things improve, as well as good grades at Seton Hall.’’

Cunha’s perseverance was recently rewarded when he was accepted into West Point.

“I got a phone call last week that I was accepted,’’ said Cunha. “I couldn’t be happier. I am just so excited. When I got deferred, I refused to let it stop me. It just made me work harder and want it even more.’’

Cunha couldn’t wait to share the great news with his school counselor at UC, Sister Donna Jo Repetti, OSF, who has worked with Cunha every step of the way during this process.

“Since around seventh grade this has been a dream of mine,’’ said Cunha, who lives in Watchung. “When I got to Union Catholic, Sister Donna Jo was the first person I told about my dream to attend West Point, and she got me on track. I couldn’t have done this without her.’’

Sister Donna Jo was elated and overcome with emotion when she saw Cunha.

“When Jacob told me the news, it filled my heart with so much joy and jubilation,’’ said Sister Donna Jo.

“This was always Jacob’s dream. I couldn’t be more proud of him for not giving up. He showed so much resiliency, stayed the course, and dedicated himself to doing everything he could to make his dream come true.’’

Cunha said becoming a student at Union Catholic is one of the best things that ever happened to him.

“Union Catholic helped me reach this moment by offering so much support,’’ said Cunha. “The whole experience of being a student at Union Catholic played such a huge role in reaching this point. I can’t thank everyone at Union Catholic enough for helping me get where I am today.’’