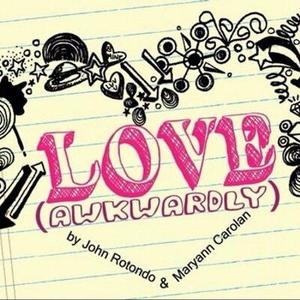 The play, written by UCPAC Directors Mr. John Rotondo & Mrs. Maryann Carolan in collaboration with members of PAC, will be presented completely virtually on Oct. 24
The Union Catholic Performing Arts Company is Proud to announce the cast of its virtual Fall Play, "Love (Awkwardly) & (Virtually)."
The 17th Annual Fall Play, written in 2009 by UCPAC Directors Mr. John Rotondo & Mrs. Maryann Carolan in collaboration with members of the Performing Arts Company, will be presented completely virtually this year.
-Every rehearsal will take place in the afternoons over Zoom
-Cast and crew will collaborate via Zoom and Break Out Rooms
-The play will be shown via Livestream to the Union Catholic Community on Saturday, October 24 at 7 p.m. The show will then be available to stream online following opening night.
Background:
The goal of Love (Awkwardly) was to create an original play that explored all the complexities and intricacies of high school relationships and to emphasize their importance.
Synopsis: Eddie is hopelessly in love with his best friend, Wendy, who, unaware of his interest, is infatuated with another guy. Luke and Roxanne have the perfect relationship—they communicate, give each other space, are never jealous. But Roxanne is about to graduate and go to Fordham, leaving Luke, a junior, behind—the one subject they avoid. Randy and Charlotte’s relationship is tempestuously opposite—jealousy, mistrust, poor communication. And on the side, Randy is seeing Laura, Charlotte’s best friend. Last year, Laura broke up with George, Randy’s close friend. George hasn’t ever really recovered and still hopes desperately that she will come back to him. In its own comic fashion, Love (Awkwardly) follows these eight juniors and seniors through wonderful, painful, exhilarating moments and emotions that are adult in magnitude but cramped by the confines of high school.
The play premiered on June 25, 2009 at Union Catholic as a summer show. Subsequently, it was produced Off-Off Broadway at Manhattan Theater Source in November 2009 and January 2010.
A revival of the show was presented at Union Catholic in the Summer of 2013 and it was then transferred to NYC again at Manhattan Repertory Theater.
The play is published by YouthPLAYS and has been produced at theaters around the country and abroad in places such as the Philippines, China, Australia and Norway.
In 2020, the show was re-imagined as “Love (Awkwardly) & (Virtually)” which keeps the original characters and storylines intact but updates the show so that it takes place in 2020 and all of the scenes occur over various Zoom calls.
Now let’s meet the cast…
Love (Awkwardly) & (Virtually) Cast List
Eddie – Danny Jaworski
Wendy – Isabella DelNegro
Charlotte – Addy Chelak
Randy – Benjamin Cook
Laura – Paris Townsell
George – Kevin Caffrey
Luke – Noah Lytle
Roxanne – Ava Pickering
Jack – Sean Machado
Jessica – Christina DeLucca
Male understudies – Joey Kilgannon (Luke & Randy) and Sean Machado (George & Eddie)
Female understudies – Clare McGuinness (Laura & Roxanne) and Katharine Walto (Wendy & Charlotte)
Monologists
Nicole Ciuba
Christina DeLucca
Gia DiFrancesco
Joey Kilgannon
Sean Machado
Clare McGuinness
Jen Mejia
Katherine Petrick
Xavier Santangelo
Katharine Walto
Published September 9, 2020 Print