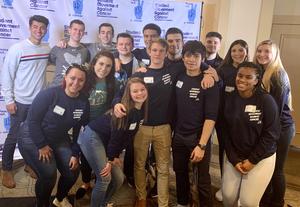 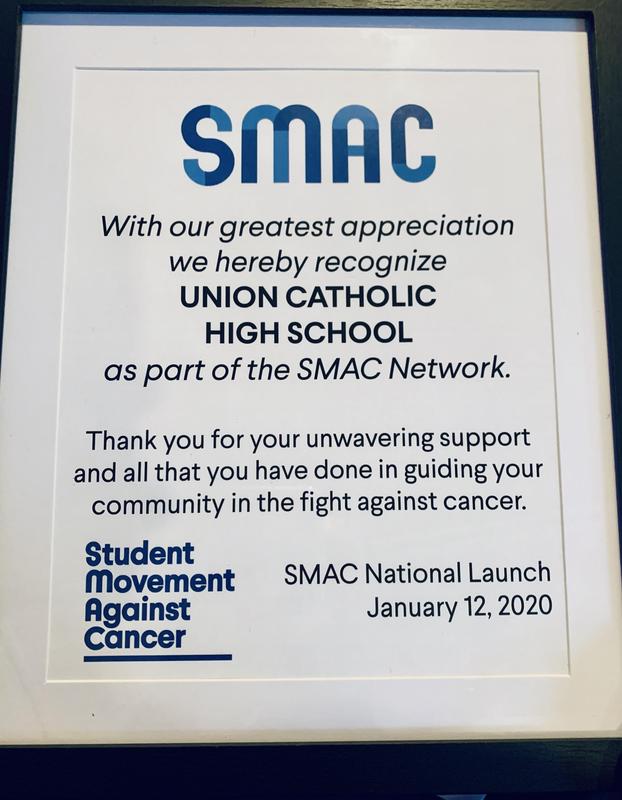 Union Catholic’s Student Movement Against Cancer helped celebrate the organization’s new status as a national nonprofit organization during SMAC’s National Launch event this past weekend at Shackamaxon Country Club in Scotch Plains. UC SMAC members, past and present, celebrated the organization’s national status with special guests, speakers, volunteers, and other SMAC chapters within the local community.

The UC Student Movement Against Cancer was formed in 2005 by a group of sophomores after one of their mothers was diagnosed with cancer. Ever since, the club has focused on cancer education and prevention while running fundraisers and events to support local, national, and global organizations. The club has been steadily growing, and SMAC is currently Union Catholic's largest club with over 125 members.

Mr. Mike Conte, a school counselor at UC, has served as the club’s moderator for the past seven years.

“It is a labor of love for me to run SMAC,” said Conte. “It brings me so much joy to watch the dedication that these students possess and still carry with them years after graduating, and to have nine alumni at this event was unreal! Being the moderator of SMAC means so much to me because it allows me to give back to others in so many ways. Our focus on education and prevention is really important because it gives us a sense of responsibility and ownership over our fight against cancer, something that can often feel hopeless and worrisome. Focusing our support on local organizations is also important to us because we want to help those close to home. The relationships we have formed with the organizations we support is really special.”

On April 7, UC SMAC will host the annual Quarters for Cancer Dinner, its largest fundraiser of the year. At this event, local restaurants and families donate food that is sold for 25 cents per serving to raise money for the American Cancer Society's Relay For Life. Additionally, SMAC created the Donate A Plate initiative in which meals are packaged for Family Promise in Elizabeth using these generous food donations.

If you are interested in donating food or volunteering for Quarters for Cancer, please contact Mike Conte at [email protected] or 908-889-1600 x335.

For more information on the National SMAC Organization, visit supportsmac.org.